Thank you, Ken. You know, tonight as far as I’m concerned is a thank you night for so many people that have made it possible for me to be here tonight. You know, racing is kind of like a big, tall ladder. When you begin, you start off on the bottom step of that ladder, and it’s a long, hard climb to the top. But I feel like tonight I’m finally standing on the top step. It’s been tough, a lot of ups and downs, a lot of hard times, but there are five of us here tonight, and I congratulate each one of them, and thank you, Donnie, for doing the video for me.

But the first one I want to thank is my wife, Betty Jo, of almost 53 years of putting up with me and sticking with me throughout some awful hard times, I’m going to tell you. She should be standing right here with me tonight. I didn’t get here tonight. I had help, and she was my biggest help.

I would like to tell a little story about when we first moved to Charlotte in the early 60s, John Holman gave me a job at Holman & Moody’s sweeping the floor for $1.25 an hour, and Betty Jo and Julie and I, she was our only little girl at the time, we moved to Charlotte. And lived in a little old cabin that John Holman let us live in except he charged us rent. We had to pay for it. But the only thing that I owned to my name was my wife and my daughter. We were flat broke when we got here.

A few weeks ago I was out in my farm shop, and the telephone rang, and I knew Betty Jo had gone to parts, I think, and I knew she wasn’t going to answer, so I picked it up and answered it, and it was a lady from Columbia, South Carolina, that owns a very, very high-priced women’s dress store. And she says, “Would you please tell Betty Jo that her outfit for the induction banquet is in.” I says, “Okay, I’ll tell her.” I knew this was going to hurt.

Anyway, after I hung up, I got to thinking about the hard times that we went through, and she stuck with me through some awful hard times. We had a budget we could go by, just had to stick with it. And we’d go to the grocery store on Saturday night to buy enough groceries to last out the week. We were there one Saturday night and we had our grocery cart filled with everything we thought we could afford. We had to keep a count of everything that we bought so we could pay for it when we got to the checkout counter.

Well, honey, I’m glad you went and bought that outfit because you look good in it, and I’m glad we could afford it. But needless to say, this coming week we’re going to be looking for another black eyed pea sale.

I’ve got to thank my daughters, three daughters, Julie, Kelly and B.J., all my grandkids, they’re all here tonight, thank goodness.

And I’ve got to thank my mother. Yeah, she did say, why did you do it, why do you do it, but she stuck with me throughout my whole racing career. And thank you, Momma. And she may get mad for telling this, but her next birthday she’ll be 91 years old, and she’s going strong, let me tell you. And she looks like she’s 60. I wish I was in that good a shape. And I’ve got two brothers, Jared and J.C., they’re both here with me tonight, and thank you for coming.

As I said, this is a thank-you night for me. All I can do is thank the people that made it possible for me to climb that long, tough ladder. And I have one that’s here with me tonight that gave me my first full-time ride as I was a young teenager on the short dirt tracks of South Carolina, and he’s here as my guest tonight, J.N. Wilson. Thank you, J.N., for getting me started. That’s been a long time ago, too.

Marion Cox, who gave me a lot of good rides early in my career, and I learned a lot from him. Julian Buesink, who brought a car to Darlington and Daytona for me a few times during my early days, and he helped me an awful lot. Then I teamed up with Herman Beam for the first full-time ride on the Grand National circuit, which is the Western Cook now, but back then it was called the Grand National.

And then a man by the name of Jacques Passino. He was head of racing for Ford Motor Company, helped me an awful lot, parts, helping me get started, and I can tell you, if it hadn’t been for Jacques Passino, I’m sure I wouldn’t be here tonight. Thank you, Jacques.

John Holman, who gave me my first job here at Holman & Moody’s sweeping the floors. I was glad to have it, a dollar and 25 cents an hour, but that’s where it all started. Ralph Moody, who taught me an awful lot about this sport. Then there was Kenny Myler, who we had a good run with. We were running a year-old car that Ford was letting us run, 1964 Ford, 1965. Kenny gave me my first win in Valdosta, Georgia, on a half-mile dirt track in 1965. That dirt track racing was tough back then.

Then I went with Banjo Matthews. Banjo taught me a lot. He caught me to run those 500-mile races. He taught me how to do it.

And then of course Glen Wood. You can’t say enough about the Wood Brothers. They really put me in a top-notch car, and we won races. And I’ll tell you this: I am so honored and so pleased to be inducted in the same class with Glen Wood. It’s just great — turned out just right. Then there was Leonard Wood. Leonard, you won’t be far behind us, bud. You deserve every bit of it.

Then there’s Ronald Bolstad who gave me my first ride at the Indianapolis 500, drove two years for him there. And then Gene White, signed me a two-year contract to drive his IndyCars on the whole Indy circuit for two years. And I did, because Ford had pulled out of racing and we didn’t know what was going to happen the next years. I had so many bills to pay, I had to know where a few dollars was coming in, and signed with Gene White. I ran for Gene White for two years, and then I wanted to come back to NASCAR, wanted to come back to stock car racing, and as you heard, Junior was looking for a driver, and I was looking for a ride, and boy, we hooked up, and we had a good ride for sure. Good ride. Three championships, consecutive championships, my first championship, Junior’s first championship. Junior, can’t thank you enough, man. We had a good ride.

And then I decided for some reason — Richard Petty, you don’t know how many championships we might have won. You might not have even been in the picture. (Laughter.)

But anyway, I wanted to spend more time with my family, so I decided I’d cut my schedule back, would like to run about 15 or 16 races, and that’s what I did. I told Junior that I was going to back off some. So I signed up with M.C. Anderson, a three-year contract to run 16 races a year. We won so many races in the first two years, in the third year he wanted to run for the championship. I said, M.C., that’s not what the contract says. I said, I’m going to run a limited schedule.

So I left M.C. and went to Harry Ranier, and of course Waddell Wilson. And we did things that is almost unbelievable. We had a great run. I had so many good crew chiefs that helped me out so much throughout the years, and not only the crew chiefs, I had a lot of good crewmen, too.

But let me tell you, after I got through with Harry Ranier, I formed my own team like Harry did and Buddy did and a lot of us did, and I’ll tell you, that was a big mistake. And I drove part-time and I had different drivers and I got Dale Jarrett started and all. I never could win a race in my car. I could win in everybody else’s car but never did win in my car.

The only race I won as a team owner was with John Andretti. We won the Firecracker 400 in what year was it, I forgot. We won that one year. And John Andretti is here tonight, it’s good to see him. 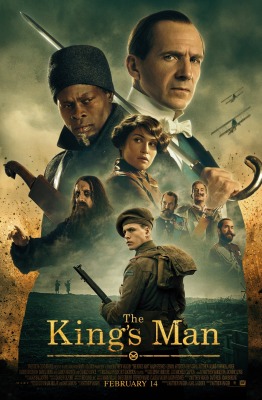 Pirates of the Caribbean

For Your Eyes Only