Tony Stewart joked on Tuesday that his toss of his helmet at Matt Kenseth was ”not bad for a 41-year-old who doesn’t work out.” The three-time NASCAR champion lost his infamous temper Saturday night at Bristol  after contact with Kenseth caused him to wreck as they were racing for the lead.

Stewart said he’s not expecting any drama between the two drivers despite promising to run over Kenseth every chance he gets. “You get over that stuff. It’s been part of racing for as long as I can remember and that won’t be the last time you see two drivers have a disagreement. We’ve gotten along more races than we’ve disagreed.”

Kenseth said did say during tire testing at Kansas Speedway on Tuesday that he’ll talk to Stewart the next time they see each other. 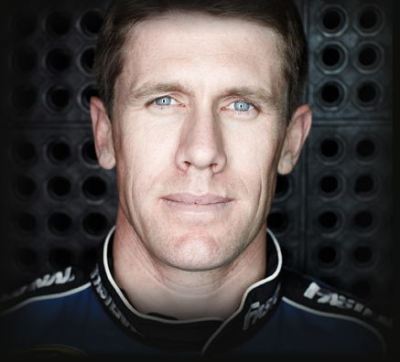 Carl Edwards called rumors that he could be moving from Roush Fenway Racing to the No. 22 Penske Racing Ford team of Penske “impossible,” and added the rumblings were so intense that sponsors inquired as to his status.

Edwards, who signed a huge contract to remain with Roush last year, insists he’ll remain in the No. 99 Roush Fenway Racing Ford.

Several Sprint Cup teams took part in a Goodyear tire test at the newly reconfigured Kansas Speedway. The reviews have been pretty positive as teams test the variable banking for the first time.

Dale Earnhardt Jr. said “It’s nice to get out on the track. It’s nice to see the track. I like this place. The banking will add speed to the race track and turns 1 and 2 definitely have more banking. This should be a fast little race track.” Dale also cut a right-front tire down in Turn 2 and crashed, he was seen and released from the infield care center at the track and a team spokesperson said Jr. was “OK.”

Matt Kenseth on the Kansas Speedway repave said. “I think they did a really nice job repaving. Drivers aren’t huge fans of repaves, especially being the first ones on the track. By this afternoon the cars were more comfortable on the track. I think the repave is awesome.”