The latest Star Trek: The Original Series Art Prints by Juan Ortiz. This month they include “The Changeling”,  “Errand of Mercy”, “Return to Tomorrow”, “The Deadly Years”.

Juan Ortiz comments on the design:  The Changeling
The image derived from the opening scene where Nomad fires upon the Enterprise. I wanted Nomad to take on a more human-like form. The antennas here work as arms, while his body is removed so that I can add speed-lines. It gave me a sort of “super-villain” feel to it, so I added the copy.

Juan Ortiz comments on the design:  Errand of Mercy
It was initially a sword stabbing the planet. But as most fans know, that is the symbol for the Federation in the Mirror universe. So the challenge was to make it Klingon. 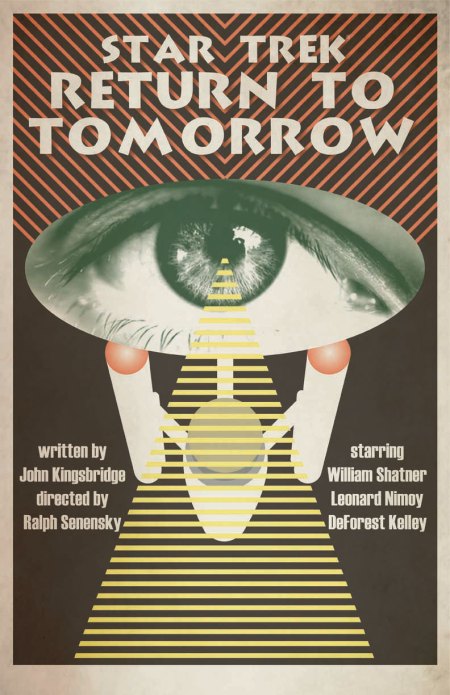 Juan Ortiz comments on the design:  Return to Tomorrow
I again turned to Russian posters for my inspiration and I had always wanted to try placing an eye within the Enterprise hull, simply as a design element. The stripes are a recurring element within Russian posters. 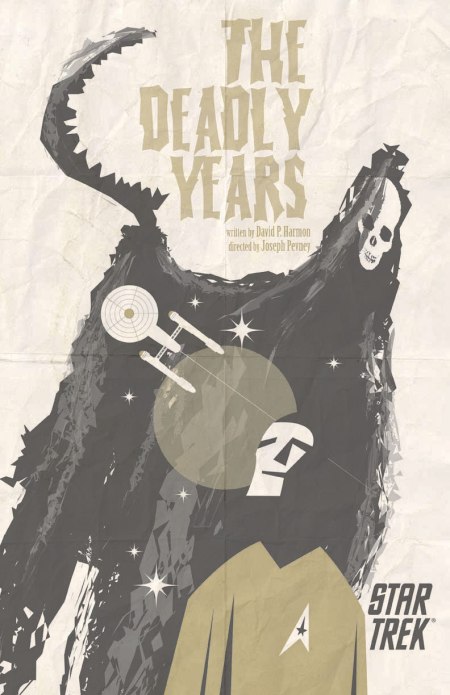 Juan Ortiz comments on the design:  The Deadly Years
The attempt was more of the implication of Death, looming over the Enterprise as Kirk and some of his crew rapidly aged.

Marvel Comics new series that sees Lord Vader dealing with ghost from his past, available February 5th. Darth Vader #1 #starwars
I found my #starwars action figures from the 1970’s & early 80’s. Here are my only two #lukeskywalker I ever had. I still have several different characters to come in the near future. @hamillhimself @starwars
The Saga is complete! John Williams music is as big as any of the characters created for Star Wars and I’m proud to own all nine soundtracks. John Williams a true master of the force who wields a Baton instead of a lightsaber. #StarWars
My #StarWars rankings after The Rise of Skywalker.
Merry Christmas to all of you from ReggisTake
I found #themandalorian and #ig11 Funko Pop’s today. #starwars