Beauty and the Beast – Final Trailer

Disney released the third and final trailer to Disney’s live action version of Beauty and the Beast Monday evening as the movies release comes closer.

Beauty and the Beast the animated movie was released in 1991 and is considered one Disney’s classic animated movies of all time. Jump ahead in time to 2017 as the live action version hopes to become a classic in its own right.

Director Bill Condon whose previous work includes directing the 2006 movie “Dreamgirls” and also wrote the screenplay for “Chicago” will have to walk a fine line with “Beauty and the Beast”. This version can’t copy the animated movie as he will draw criticism for an exact copy and he can’t make so many changes or he will be accused of ruining a classic.

Reggie’s Take:
Personally I’m not a huge fan of Beauty and the Beast. I’ve never seen the animated movie and I’m pretty sure I won’t see this version either. That’s not to say this movie won’t do extremely well at the box office, it’s just not my cup of tea as it were.

I will say the trailers; including this final one does look visually stunning. The look of the beast and the yellow gown that Emma Watson is wearing in the trailer and posters looks as if they’ve taken it directly from the animated movie.

If I was a betting man I wouldn’t bet against it, especially with how amazingly well the live action version of “The Jungle Book” did last year.

“Beauty and the Beast” Official Synopsis:
the fantastic journey of Belle, a bright, beautiful and independent young woman who is taken prisoner by a beast in his castle. Despite her fears, she befriends the castle’s enchanted staff and learns to look beyond the Beast’s hideous exterior and realize the kind heart and soul of the true Prince within. 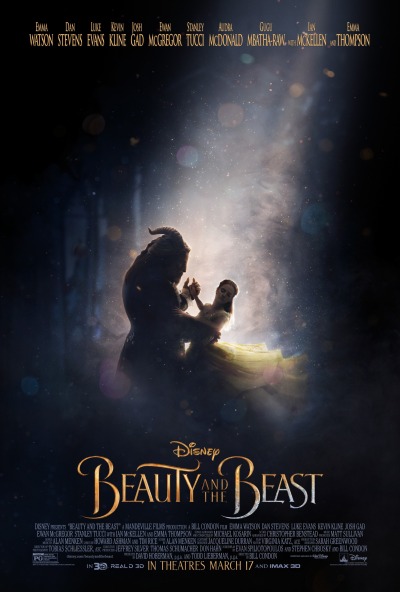