Solo: A Star Wars Story is just over a month away before its scheduled to hits theaters, and Lucasfilm has released new character posters that give us a look at the cast of characters coming to a theater near you on May 25th.

The nine new high-res character posters give you that classic Western feel while introducing us all to the actor and character they are portraying. Each of the nine characters have the silhouette of the most recognizable ship in the Star Wars galaxy the Millennium Falcon’s cockpit, a character in its own right. Check out the new poster below.

And in case you missed the last trailer for Solo, you can check that out as well.

Official Synopsis for Solo: A Star Wars Story:
Board the Millennium Falcon and journey to a galaxy far, far away in “Solo: A Star Wars Story,” an all-new adventure with the most beloved scoundrel in the galaxy. Through a series of daring escapades deep within a dark and dangerous criminal underworld, Han Solo meets his mighty future copilot Chewbacca and encounters the notorious gambler Lando Calrissian, in a journey that will set the course of one of the Star Wars saga’s most unlikely heroes. 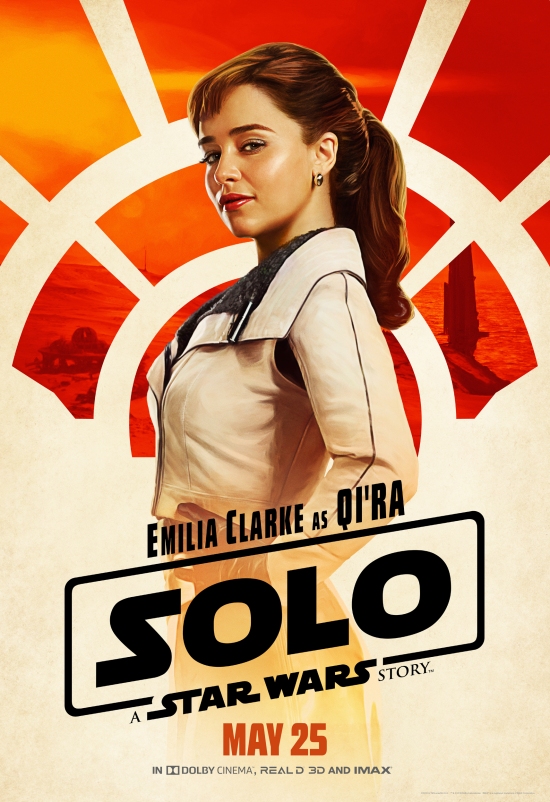 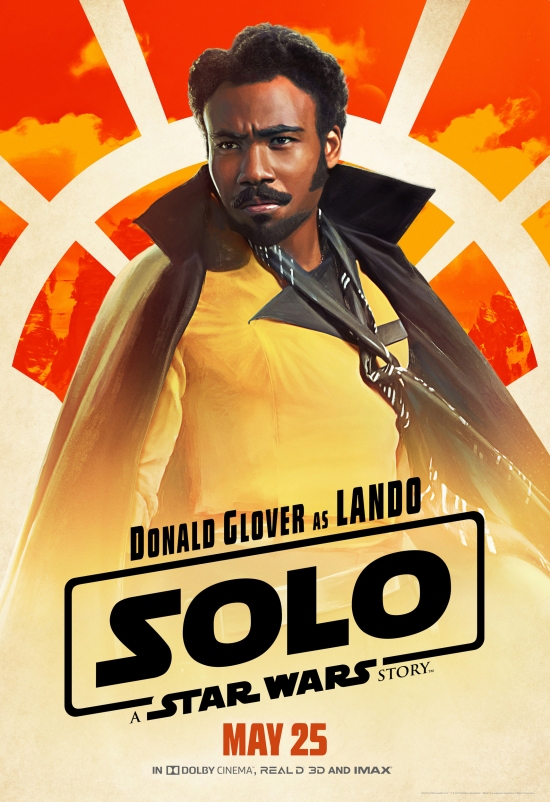 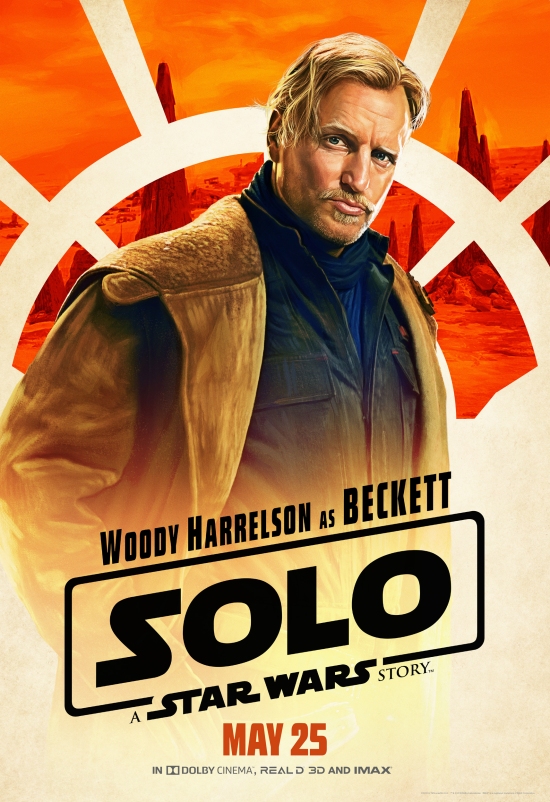 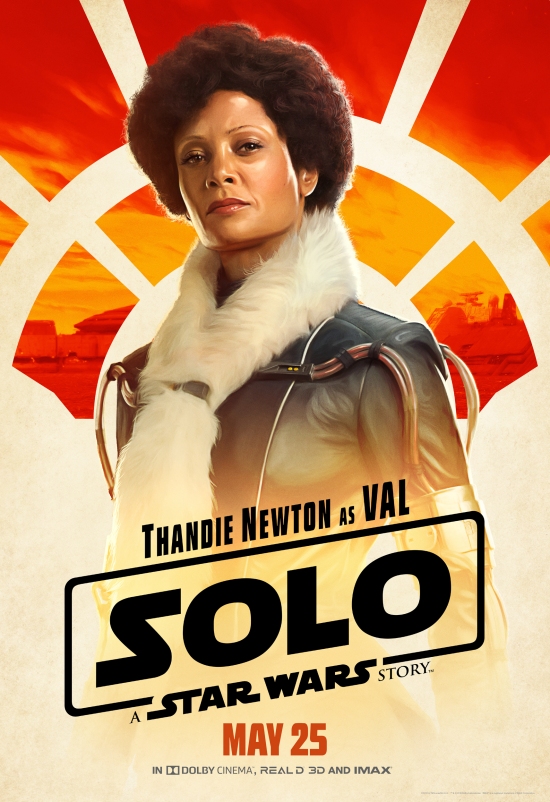 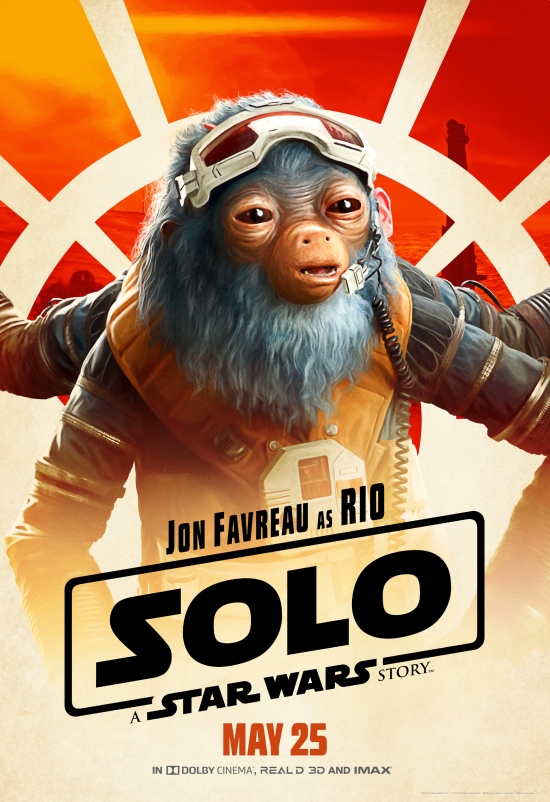