Seth MacFarlane and Universal Pictures released the “Red Band Trailer” for Ted 2, the follow up to the highly successful 2012 movie, “Ted”. (Warning, Not for younger eyes and ears!)

When we catch up with Ted he’s fighting for equal rights in the eyes of the law when he wants to have children with his new bride.

The first problem is Ted’s inability to reproduce, leading the couple to seek a sperm donor. That leads to even bigger problems, when it comes into legal question whether or not Ted truly has the right to raise a child.

Ted grossed more than $549 million worldwide in 2012 making it the highest-grossing original R-rated comedy of all time. This newer trailer really doesn’t give anything away, other then showing Ted 2 still seems to have retained the same raunchy humor as the first movie.

Ted 2 laughs its way into theaters on June 26th. 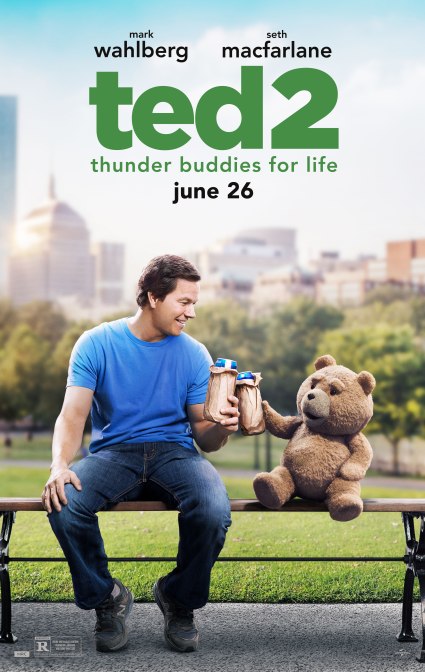