The MPAA announced its rating for Batman v Superman: Dawn of Justice and it should come as no surprise as to what it was given when it hits theaters early next year.

Zack Snyder’s Batman v Superman: Dawn of Justice will be rated PG-13 when it debuts in theaters on March 25, 2016. It should really come as no surprise at the rating by the MPAA as PG-13 become the gold standard for a Hollywood blockbuster. G and PG turns off potential movie goers, R turns them away, and NC-17 may as well go back to being “X”.

The PG-13 rating for Batman v Superman: Dawn of justice is for “intense sequences of violence and action throughout, and some sensuality.” So does the “sensuality” mean that either “Batman” or “Superman” hooks up with Wonder Woman? I somehow doubt it, but I’ve learned not to trust Hollywood.

In case you’re wondering Avengers: Age of Ultron, Man of Steel and all three of Christopher Nolan’s Batman films have all been rated PG-13, not to mention just about every other action movie released by the studios. PG-13 has pretty much become the go to rating’s the studios seem to want as it ensures the maximum amount of audience draw. 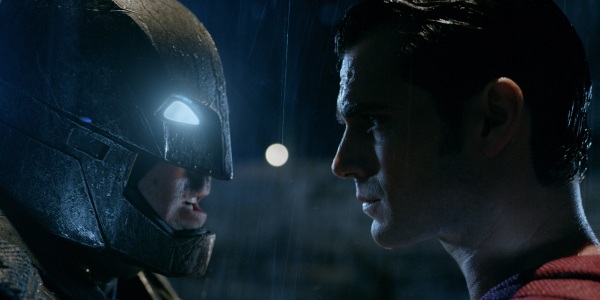 Batman v Superman: Dawn of Justice Synopsis:
Fearing the actions of a god-like Super Hero left unchecked, Gotham City’s own formidable, forceful vigilante takes on Metropolis’s most revered, modern-day savior, while the world wrestles with what sort of hero it really needs. And with Batman and Superman at war with one another, a new threat quickly arises, putting mankind in greater danger than it’s ever known before.

Batman v Superman: Dawn of Justice stars:
Henry Cavill in the role of Clark Kent/Superman, and Ben Affleck as Bruce Wayne/Batman. The film also stars Gal Gadot as Diana Prince/Wonder Woman, with Amy Adams, Laurence Fishburne and Diane Lane returning from Man of Steel, Jesse Eisenberg as Lex Luthor, Jeremy Irons as Alfred, and Holly Hunter in a role newly created for the film. Jason Momoa will also be making an appearance as Aquaman

Like Loading...
‹ M.I.B. To be Reinvented as a Trilogy…Hollywood at it Again
The TERMINATOR Franchise…Won’t Be Back! ›