Saturday during Marvel’s Hall-H panel at Comic-Con they released the second trailer for Thor: Ragnarok that finds Asgard threatened and Thor imprisoned.

Marvel Studios has taken a different direction with Thor: Ragnarok by using bright colors and a lighter tone not to mention making Thor battle the Hulk a former ally and Avenger, it also promises plenty of action and with beats of comedy and the return of Loki.

Some notable additions to the cast includes Cate Blanchett as Hela, Karl Urban as Skurge, Tessa Thompson as Valkyrie seen in the trailer working with Thor and Hulk.

Something we get to see in this trailer we have yet to see in any of the other MCU movies the Hulk has appeared in is that of the Hulk talking and carrying on a conversation with Thor a huge upgrade for the character. Mark Ruffalo at Comic-Con shared an interesting back-story about the Hulk for Ragnarok as to why Hulk stayed the Hulk for so long and didn’t revert back to Banner.

Obviously when you watch the trailer or if you’ve already seen it Mark Ruffalo is seen as Banner. There’s no doubt that Marvel made the decision to take Thor in a bit of a new direction and also take the opportunity to show that the Hulk is not just an upset green monster all the time and that there is more to the character.

Official Synopsis for Thor: Ragnarok:
In Marvel Studios’ “Thor: Ragnarok,” Thor is imprisoned on the other side of the universe without his mighty hammer and finds himself in a race against time to get back to Asgard to stop Ragnarok—the destruction of his homeworld and the end of Asgardian civilization—at the hands of an all-powerful new threat, the ruthless Hela. But first he must survive a deadly gladiatorial contest that pits him against his former ally and fellow Avenger—the Incredible Hulk!

Checkout this new poster for an upcoming episode of The #Simpsons Bart accidentally sees a brand-new superhero movie a month before it comes out and the world cowers before his newfound plot-spoiling powers. Guest voices include Kevin Feige and The Russo Brothers. Episode airs Sunday March 1st on FOX
1917 comes to digital on March 10, and then to 4K and blu-ray on March 24 — featuring plenty of special features.
Just a small glimpse into my movie library. The more recent editions to collection over the last several months. #movies
The sandcrawler is the home and mobile work place of the Jawas on Tatooine. #starwars
Universal has released character posters for F9: The Fast Saga
Patrick Stewart & Brent Spiner in their #startrektng uniforms during the filming of season one of #startrekpicard 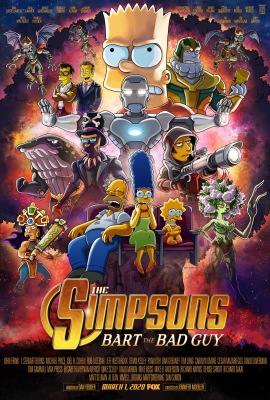 The Simpsons "Bart The Bad Guy" 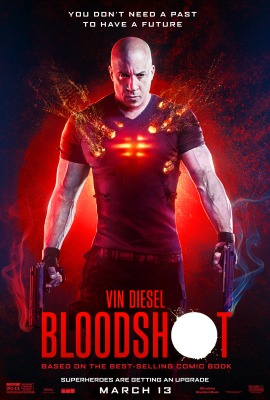