On Thursday, Empire Magazine will be releasing its May issue-featuring Marvel’s upcoming movie Avengers: Infinity War as Marvel celebrates ten years of the MCU.

When the May issue of Empire Magazine hits your local news stand on Thursday (March 22, 2018) it will feature six different covers featuring many of the Avengers who will try and stop Thanos from obtaining all of the Infinity stones and destroying man kind. If you’re a subscriber then you will receive and exclusive cover featuring Thanos that won’t be available for purchase by the general public.

Inside the issue Empire will have plenty more information and images on Infinity War, plus take a look at Marvel’s next film Ant-Man & the Wasp. With the success of Black Panther in theaters and Avengers: Infinity War having the potential of also crossing the billion dollar club, Marvel and Disney are looking at having an early Christmas when it comes to box office returns.

Empire Magazine says if you have followed the MCU since the beginning that fans of Marvel can expect a surprise inside this issue out on Thursday.

Official Synopsis for Avengers: Infinity War
An unprecedented cinematic journey ten years in the making and spanning the entire Marvel Cinematic Universe, Marvel Studios’ “Avengers: Infinity War” brings to the screen the ultimate, deadliest showdown of all time. The Avengers and their Super Hero allies must be willing to sacrifice all in an attempt to defeat the powerful Thanos before his blitz of devastation and ruin puts an end to the universe. 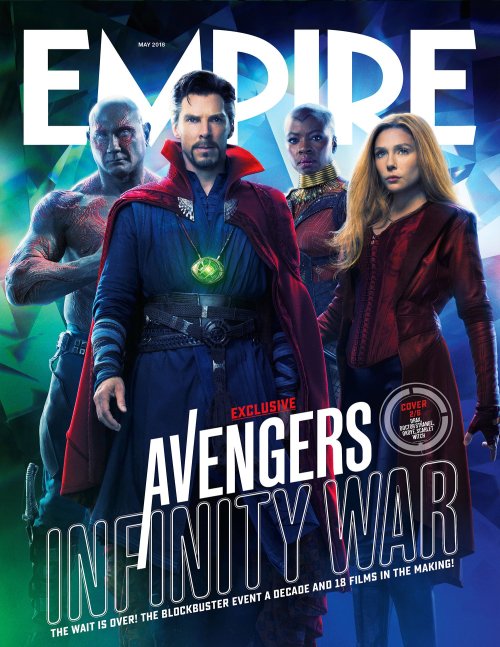 Empire Magazine / May 2018 Subscribers Only Cover