Universal has released a new trailer for their WWI movie 1917 that follows two British soldiers over the course of one day in an attempt to save soldiers lives.

1917 is set during the height of the World War One when two British soldiers who are given a mission across enemy territory with orders to deliver a message that will stop a deadly attack on hundreds of soldiers.

Sam Mendes, who’s directed such movies as Skyfall, Spectre and American Beauty brings his vision and talent to 1917, Mendes also co-wrote the screenplay with Krysty Wilson-Cairns. For 1917 Mendes went with a single-take approach while making the war drama and while talking with Vanity Fair explained his approach. Saying…

“It was fundamentally an emotional choice. I wanted to travel every step with these men—to breathe every breath with them. It needed to be visceral and immersive. What they are asked to do is almost impossibly difficult. The way the movie is made is designed to bring you as close as possible to that experience.

The movie is essentially linear, and moves through a huge variety of different locations. From the trenches, to No Man’s Land, to open countryside, farmland, orchards, rivers, woods, and bombed-out towns. It bears witness to the staggering destruction wrought by the war, and yet it is a fundamentally human story about two young and inexperienced soldiers racing against the clock. So it adheres more to the form of a thriller than a conventional war movie.”

1917 Official Synopsis:
At the height of the First World War, two young British soldiers, Schofield (Captain Fantastic’s George MacKay) and Blake (Game of Thrones’ Dean-Charles Chapman) are given a seemingly impossible mission. In a race against time, they must cross enemy territory and deliver a message that will stop a deadly attack on hundreds of soldiers-Blake’s own brother among them. 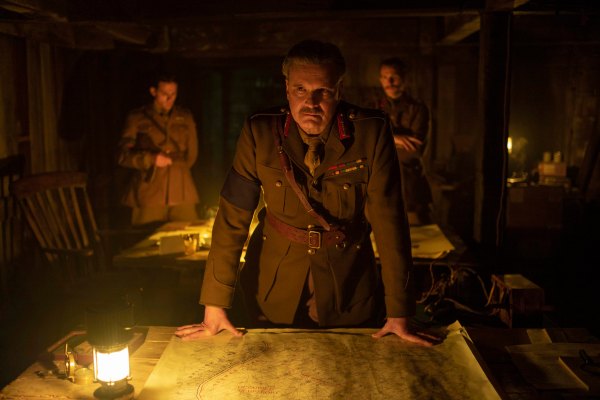 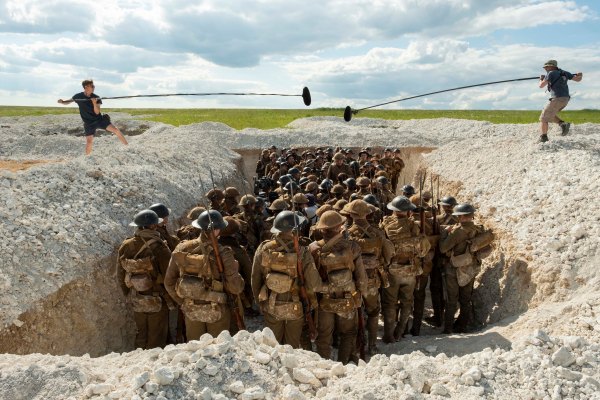