Christmas is just right around the corner and after looking at some of the movies set at Christmas, but not about Christmas we take a look at actual Christmas movies.

Ever since Hollywood has been making movies they’ve been making Christmas movies of all types that include dramas, comedies, melodramas, musicals, something for everyone.

The movies below are what I would call your essential movies that will put you into the Christmas spirit. My first thought was to rank them, but after some thought I’ve decided to only list by the year they came out and let you all decided which of these movies you like best.

For the twelve movies I’ve chosen for part two there are a couple that stand out to me. I’m going to start with A Christmas Story that came out in 1983 that stared Peter Billingsley as “Ralphie” who wants a Red Ryder BB gun with a compass in the stock.

To be honest I had never watched A Christmas Story until after I met the woman who would become my wife and after watching it a few times on the cable channel that airs it for twenty-four hours straight it really began to grow on me. Now over a decade later A Christmas Story is a big part of my Christmas tradition.

If I were to choose a Christmas movie that fell more to the serious side then I would have to go with just about any of the many incarnations of the wonderful story by Charles Dickson’s and a Christmas Carol.

So whatever Christmas or Holiday movie you like to watch even it that particular movie is Die Hard, just be sure you watch it with your friends and family and try not to forget that during this time of year it’s always best to give rather then receive.

Let me know what Christmas movie you and your family likes to watch, as I would love to know what it is that has become part of your holiday tradition. 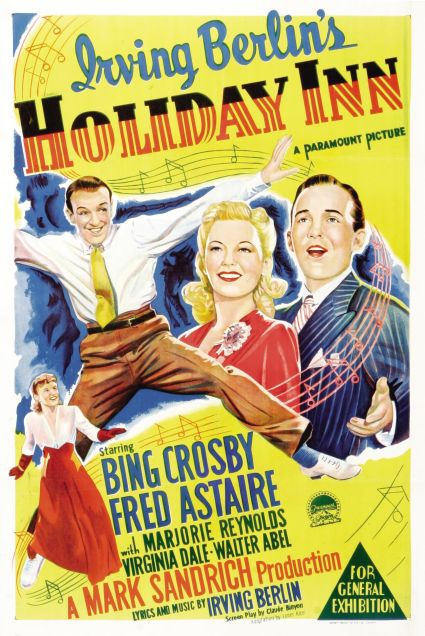 In this Irving Berlin musical, Jim (Bing Crosby) and Lila are members of a performing trio who plan to quit and run a country hotel. When Lila says she has fallen in love with the dancer in the act, Ted (Fred Astaire), Jim leaves town with a broken heart. After turning the inn into a holidays-only live entertainment venue, Jim winds up booking — and falling for — Linda (Marjorie Reynolds). But when Ted shows up at the place after being dumped by Lila, he too sets his sights on beautiful Linda.

George Bailey is a small-town man whose life seems so desperate he contemplates suicide. He had always wanted to leave Bedford Falls to see the world, but circumstances and his own good heart have led him to stay. He sacrificed his education for his brother’s, kept the family-run savings and loan afloat, protected the town from the avarice of the greedy banker Mr. Potter, and married his childhood sweetheart. As he prepares to jump from a bridge, his guardian angel intercedes; showing him what life would have become for the residents of Bedford Falls if he had never lived. 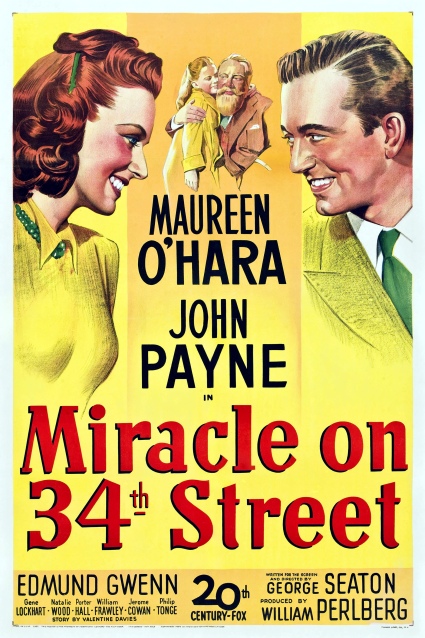 When her toy department Santa shows up drunk for work, Macy’s supervisor Doris Walker hires Kris – an elderly gentleman with a white beard who looks like Santa Claus – as her emergency replacement. She comes to regret her choice, however, when she learns that Kris believes that he really is Santa. Kris works not only to restore Doris’ belief in Santa Claus but make her young daughter’s wishes come true, all while trying to prove his identity in a court of law.

Crotchety Victorian businessman Ebenezer Scrooge (Alastair Sim) has no use for festivity, even at Christmas. After resentfully allowing timid clerk Bob Cratchit (Mervyn Johns) to have the holiday to spend with his loving wife (Hermione Baddeley) and family, Scrooge is swept into a nightmare. The ghost of his late partner, Jacob Marley (Michael Hordern), appears, warning that Ebenezer will be visited by three more spirits who will show the coldhearted man the error of his parsimonious behavior.

Having left the Army following W.W.II, Bob Wallace and Phil Davis team up to become a top song-and-dance act. Davis plays matchmaker and introduces Wallace to a pair of beautiful sisters (Betty and Judy) who also have a song-and-dance act. When Betty and Judy travel to a Vermont lodge to perform a Christmas show, Wallace and Davis follow, only to find their former commander, General Waverly, as the lodge owner. A series of romantic mix-ups ensue as the performers try to help the General.

Based on the humorous writings of author Jean Shepherd, this beloved holiday movie follows the wintry exploits of youngster Ralphie Parker (Peter Billingsley), who spends most of his time dodging a bully (Zack Ward) and dreaming of his ideal Christmas gift, a “Red Ryder air rifle.” Frequently at odds with his cranky dad (Darren McGavin) but comforted by his doting mother (Melinda Dillon), Ralphie struggles to make it to Christmas Day with his glasses and his hopes intact. 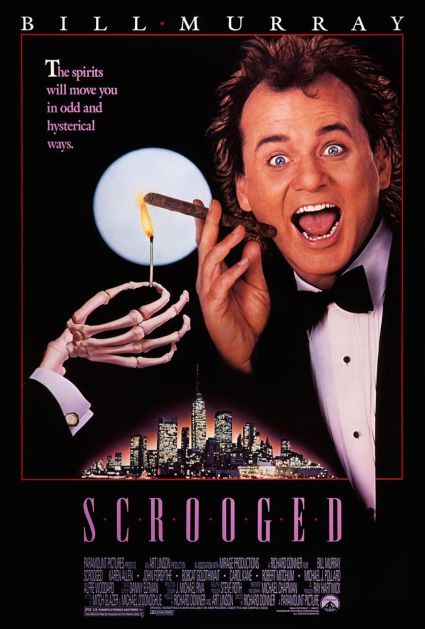 Murray plays Frank Cross, a ruthless TV executive confronted with the slapstick ghosts of Christmas past, present and future. Will a night of zonked-out horror convince the heartless Frank to change his ways?

It’s Christmas time and the Griswolds are preparing for a family seasonal celebration, but things never run smoothly for Clark, his wife Ellen and their two kids. Clark’s continual bad luck is worsened by his obnoxious family guests, but he manages to keep going knowing that his Christmas bonus is due soon.

Eight-year-old Kevin McCallister (Culkin) has become the man of the house overnight! Accidentally left behind when his family rushes off on a Christmas vacation, Kevin gets busy decorating the house for the holidays, but he’s not decking the halls with tinsel and holly. Two bumbling burglars are trying to break in and Kevin’s rigging a bewildering battery of booby traps to welcome them! 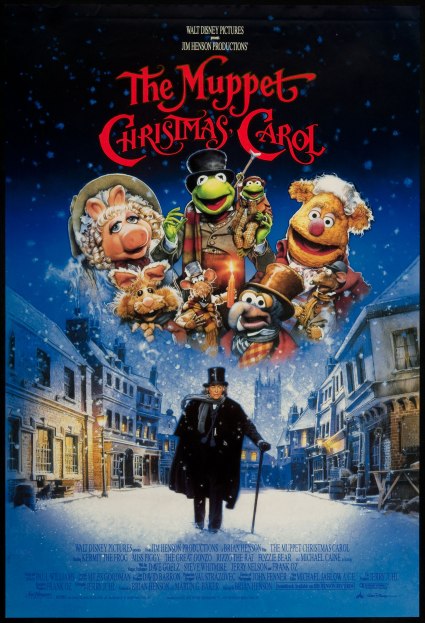 The Muppet Christmas Carol, a of the Charles Dickens tale. Michael Caine, plays the crotchety Ebenezer Scrooge, an old miser who could care less about Christmas and the joy the season brings. Working for the skinflint is his faithful employee Bob Cratchit (Kermit the Frog), who begs Scrooge for a day off for Christmas. Scrooge reluctantly agrees and goes home on Christmas Eve filled with bile at the holiday merrymakers. But then he is visited by the spirits of Christmas Past, Present, and Future, and Scrooge, after revisiting his sorrowful past, hate-filled present, and doomed future, turns over a new leaf and becomes the most generous and celebratory person in town.

Divorcee Scott Calvin is disgusted to learn that his ex and her husband have tried – and failed – to break it easy to their 6-year-old son Charlie that Santa isn’t real. On Christmas Eve, Scott reads The Night Before Christmas… then receives an unexpected visitor on his roof. When he’s startled by Scott’s calling out and falls, the Santa impersonator disappears, leaving only an 8-reindeer sleigh and a suit with instructions to put it on if he’s involved in an accident. Scott does, and is transported around the town dropping gifts through chimneys until he’s taken to the North Pole and informed by a group who claim they’re elves that he is now Santa. Charlie is proud of his dad’s new job, though Scott’s convinced it’s a dream. Until his hair turns white, his beard refuses to stay shaved, he gains weight inexplicably, even for his sudden love of junk food… Now he’s accepted it, there’s just one problem: how to keep it secret from his disbelieving family? 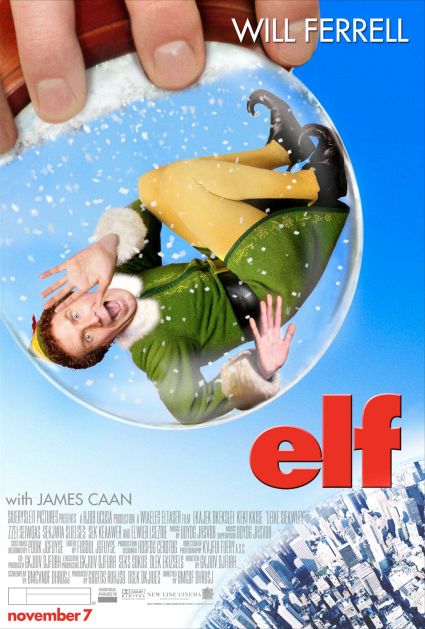 Buddy (Will Ferrell) was accidentally transported to the North Pole as a toddler and raised to adulthood among Santa’s elves. Unable to shake the feeling that he doesn’t fit in, the adult Buddy travels to New York, in full elf uniform, in search of his real father. As it happens, this is Walter Hobbs (James Caan), a cynical businessman. After a DNA test proves this, Walter reluctantly attempts to start a relationship with the childlike Buddy with increasingly chaotic results.