Disney, Lucasfilm and 20th Century Fox have announced they will re-release all six Star Wars movies in new packaging ahead of “The Force Awakens”.

It should come as no surprise with a new Star Wars movie hitting theaters in December that the first six movies would be getting a “New” look.

A repackaged Star Wars: The Complete Saga set – complete with more than 40 hours of previously released special features – will be available on October 13.

On November 10, 2015 all six individual Star Wars films will be released as limited time commemorative Blu-rays, with collectible character-centric steelbook packaging. Besides the collectible steelbook packaging, each Blu-ray disc will feature existing audio commentary with George Lucas and the film crew as well as audio commentary from archival interviews with the cast and crew.

Reggie’s Take:
This does not surprise me in the least. I would have been more surprised if they hadn’t done this.

I’ve admitted here on my site many times that I’m a Star Wars nut, but other then the new look there is nothing here that jumps out to make my inner child in me to go buy them…again!

With “The Force Awakens” opening in December this would of been the perfect opportunity for Disney, Lucasfilm and 20th Century Fox to release the original trilogy on Blu-ray as they once were before the 1997 “Special Editions”.

If that was the case then I could see my self and much of the rest of the world running out to the stores with our money in hand, but as much as I would love to see it happen something tells me that day may never come. Let’s hope I’m wrong. 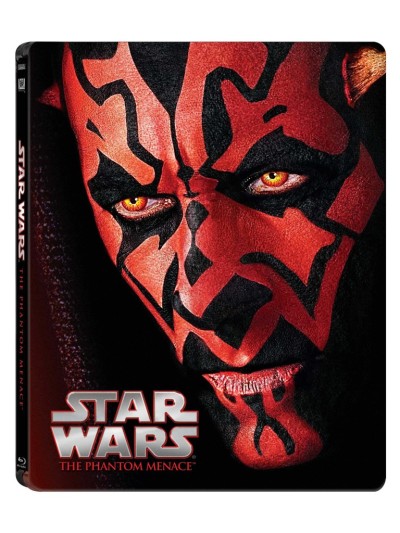 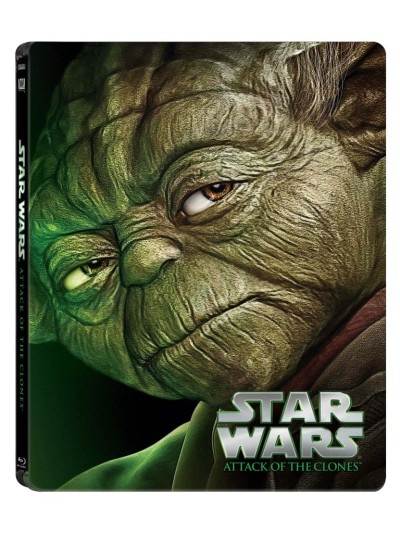 Attack of the Clones – Steelbook

Revenge of the Sith – Steelbook

The Empire Strikes Back – Steelbook

Return of the Jedi – Steelbook